So we had a great time at Mantenchen Bay it was a wonderful place Trina had me take her in the dingy to San Blas which was about a 30 minute dingy ride. It was funny she wanted to go while we were in the bay but once we were in the open sea going up the coast line in a five foot swell she had second thoughts. I was soaking wet in the first few minutes but we came to the San Blas Marina and road the swells into the harbor… it seems as though the marinas here in Mexico the swells break in the mouth of the harbor and you must ride a wave into them! So we went up the beach and into the river it was very cool to see the palm trees and the fisherman then there were a few wrecked boats to see, maybe storms of yester year washed them ashore. We were told we might see some wild cats and other sorts of wild life but all we saw were whales, sea turtles, some crazy flying fish with wings…LOL I thought Trina was going to scream when the porpoise that was as big as the dingy showed up a long side of us 🙂 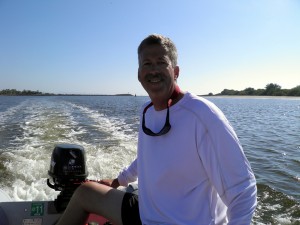 So it was getting late and we decided to head back to the sailboat which was anchored in the next bay. So out the river we go and low and behold the tide is low and the surf is breaking all the way across the mouth of the harbor- now Trina is facing back toward the beach and has no Idea what is ahead of up… we make it over the fist two waves by the skin of our you-know-what and I tried to outrun the last to the side of where it was breaking but at the last second I turned the dingy straight into the wave and Trina says out of the blue “I want to take a Photo!!!” I yelled “No” and “Hang on!” and we flew about six feet above the wave! The motor was even out of the water and all we were both two feet above the dingy! We both were very glad we made it and laughed as we were soaked from head to toe then off we went back to the boat watching the sun go down it was a lot of fun for sure.

The next morning we set sail for Punta De Mita, another surf spot that was supposed to have super waves.
This area is full of whales we had a great time watching them jump in the air and splash everywhere. Just as soon as you would try to take a photo the boat would rock and then someone would yell look at that one! 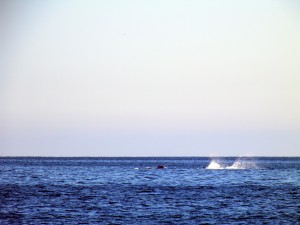 I am glad we arrived when we did it was a bit trick navigation coming into an are we had never been and the shoals extend three miles off the coast. We follow our charts and radar and found our way to the next stop without any problems we did see that the surf was pretty good so we were happy 😀

So we hung out there and then set sail for a small harbor in a town called La Cruz it is right next to Puerto Vallarta but much nicer I think it is less crowded and has a surf break right outside the marina. It’s a nice Marina hot showers a restaurant and a night club that is quiet and reserved 🙂

So we have hung out here for a week took care of all our personal needs did the Cosco shop and stocked the boat. We did some surfing. It was really fun to go visit old downtown Puerto Vallarta and play on the wooden bridges and eat fish tacos from the local restaurant Check out some of the pics, they give you an idea of what it’s like. 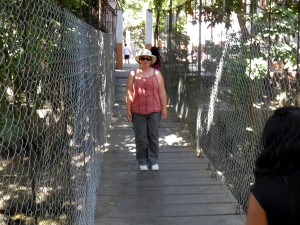 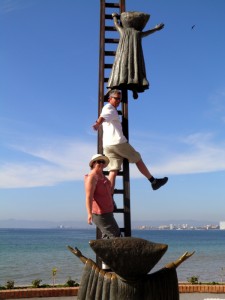 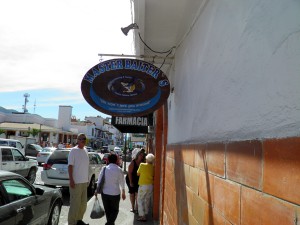 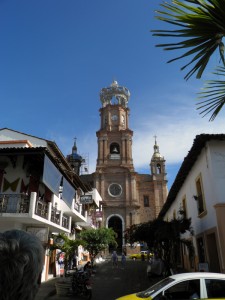 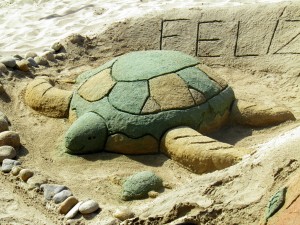 Ps Thanks again keep clicking your BlogDumps Buttons this site is for Bloggers Not spammers!

Upload and share your Photos and Videos on BlogDumps B Tubed