After the events of the week, we are left asking ourselves, “Where do we go from here?” Which has prompted today’s Sunday Music.

The Answer is forward, up… We take our experiences and learn from them and we do not repeat anything negative that caused us to ask this question! We simply Rock On! END_OF_DOCUMENT_TOKEN_TO_BE_REPLACED

I hope you all are having a great weekend! I am in Strasbourg Pa. With my Grandson, we are off to ride the Choo Choo Train! I hope to bring back some cool Photos to share with you all.

This weeks Top Sites Tuesday will be a Birthday bash for BlogDumps! We have been on the web for Three years now! Make sure to come to the party!

I hope this song brings back some good memories and for those who haven’t heard this song where have you been!? LOL

Upload and share your Videos Music and Photos here. Create your own page, you can use Myspace layouts to Pimp your page also!

Keep in touch With BlogDumps Instant Messenger, send text make audio calls and video chat with friends and family for free around the world, Download it today, it’s spyware free and doesn’t load a bunch of unnecessary web pages

I have been watching the news in the last week.. I know, go figure! I couldn’t help but notice the whole Lunar Landing 40th anniversary and the passing of Walter Cronkite. I think that it is kind of ironic that Mr. Cronkite Passed away so close to this 40th anniversary of the Moon Walk that he reported on. 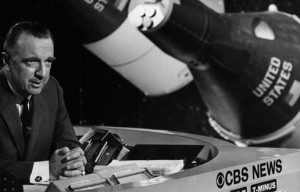 Walter Cronkite was an amazing reporter and thanks to Sunday Morning this morning, I even know that in some countries anchor-men are called “Cronkiters” I think that’s awesome! He reported truthfully and faithfully and millions of people listened and believed and respected him.

There are still people that don’t believe that the moon walk was real. I believe. If we can have computers so tiny they fit in the palm of our hand, why couldn’t we launch a mission to the moon successfully?

I asked a friend if she thought it was a conspiracy and her reply was, “I wasn’t on the Moon so I can’t tell you that I really know.” While only the astronauts really know that we went to space or to the moon, I hate to think that President Kennedy’s words “We are going to the Moon” were false and unfulfilled.

So what are your thoughts? And are you going to be watching the new “Digitally Remastered” films from the first moon walk?

Upload and share your Videos Photos and Music here

As I am off to church with Baby Jacob this morning, I felt that this song was totally fitting.

I recommend listening to it twice so you get all the words of the song… not just the chorus line. And no, you don’t have to turn down your speakers, I truly recommend turning them up so you can here the soft-spoken singer!
END_OF_DOCUMENT_TOKEN_TO_BE_REPLACED

As I am in charge of Sunday Music this morning I got one for ya’!

Have a great day everyone!
–Trina

PS: Hey Wolfbernz, You gonna take me on that Boat today or am I going to go shopping?!?

Well I went looking for a nice song for today and, well, nothing…
So I have been just hanging out taking it easy today, it is my day after all…lol

Anyway I thought, the heck with it I will just make my own so I hope you all like it!

Happy Father’s day to all of you Dads out there!
END_OF_DOCUMENT_TOKEN_TO_BE_REPLACED

I have had a great weekend so far, I hope all of you have also!

I see that the Twitter Background Maker as been well received… The traffic to it here on BlogDumps has been a lot the last couple of days, I hope you all enjoy it!

I have made some server upgrades this morning so you should find that BlogDumps is loading faster then it has been…YEA!

END_OF_DOCUMENT_TOKEN_TO_BE_REPLACED

I thought I would take you back a bit and then post some extra music….
Enjoy the music let me know if you like one of them or if it brings back any memories?
It’s funny how we associate music with different eras of our lives! Music is so important we can sing and express ourselves, listen and be inspired, or just jam and forget the troubles of the day!
Could we survive without music? I don’t think I could… I always like to listen to a great song just before I go do something or be somewhere it has to be quiet… lol what if it’s boring at least I have a tune to hum!

Enjoy and have a great a Sunday!
-Wolfbernz

Upload your Music, Photos and Videos to BlogDumps here!
After uploading embed them on your blog or send the link in an email and share with your friends!
Make your own video with the BlogDumps Video webcam upload feature!

I hope all of you are having a great weekend… I am, well except for mowing!
I don’t know if you all watch the weather but it has rained here on the Eastern Shore for days, it seems like forever.
While I was mowing late yesterday afternoon a thunder cloud came over the top of me and dumped and I mean dumped a ton of water on me in minutes so I quit…lol
So here I am up early Sunday Morning going to go for it one more time!

I hope all of you saw yesterdays post. We have opened registrations to get a blog so make sure to check it out! If don’t have a blog or are looking to move your blog, maybe you are just a newbie and want a blog for yourself… You are welcome around here. You can Read more and start a blog here

I am off to mow, Huh Huh huh Chooooooo!!!! Gotta love it…

Enjoy the music it just seemed to fit the day!.

I know it’s not blog Dumping time but I thought since it has been a bit since I have done this I would dump some blogs today. Please visit these BlogDumps community supporters, Make sure to leave a comment!

Have a wonderful Sunday!
Wolfbernz

Upload and share your music, videos and photos– embed them on your blog or just share them with friends!

I know it’s not soft music but I was just not into it this week!
I hope you don’t mind this one?
It just seemed to fit…

Have a wonderful Sunday everyone! I am going to cruise around the farm and see what I can tear up with the tractor!!!


Upload and share your Videos, Photos and embed them on your blog! Have a webcam? Try video blogging, just follow me here and B tubed! Use the quick capture feature.